With a second designer on board, we had a big vision to re-brand the magazine formerly known as Victorious Living, as Prism. Our goal was to take content from a variety of sources, both in-house and external, and create a magazine full of diverse articles to encourage and inspire Christians. After roughly 3 months of brainstorming, the first redesign issue was released.

You'll notice in the images below, an article titled "Lego Block Lessons." This was quite possibly the most fun I've had designing a page for an article. We contacted a friend who had thousands of legos. From the pieces we built the title of the article, and had this idea to create a scene out of the blocks to go along with the imagination of the story. We pulled out the fog machine, the lighting, some grass from behind the church, and went to work. The final result is the labor of love you see below. Hopefully it will make you smile. :)

Behind the scenes photos for the Lego Block Lessons shoot can be found here. 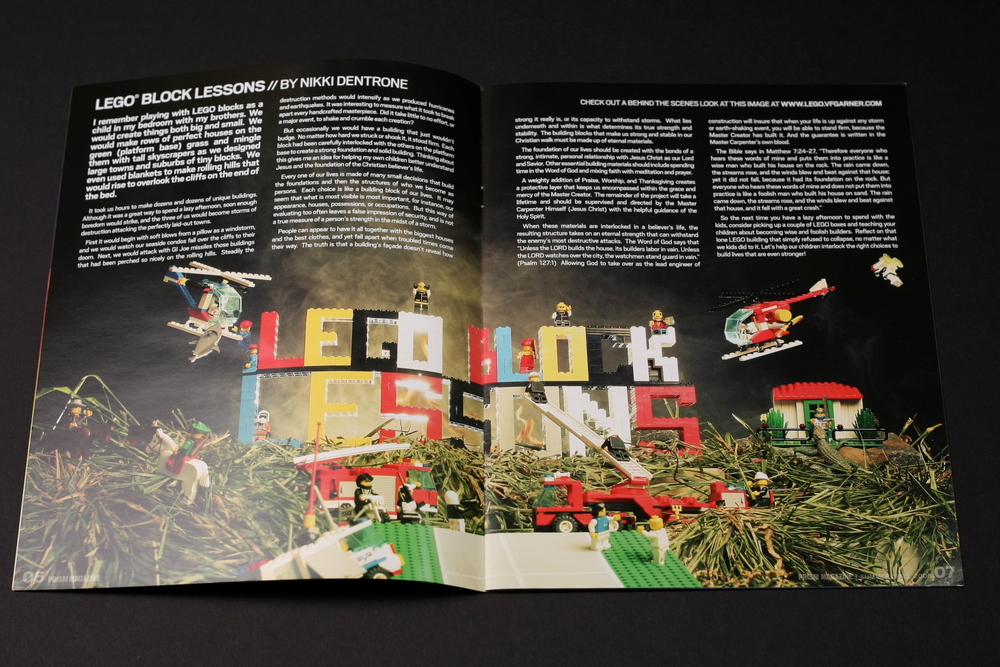 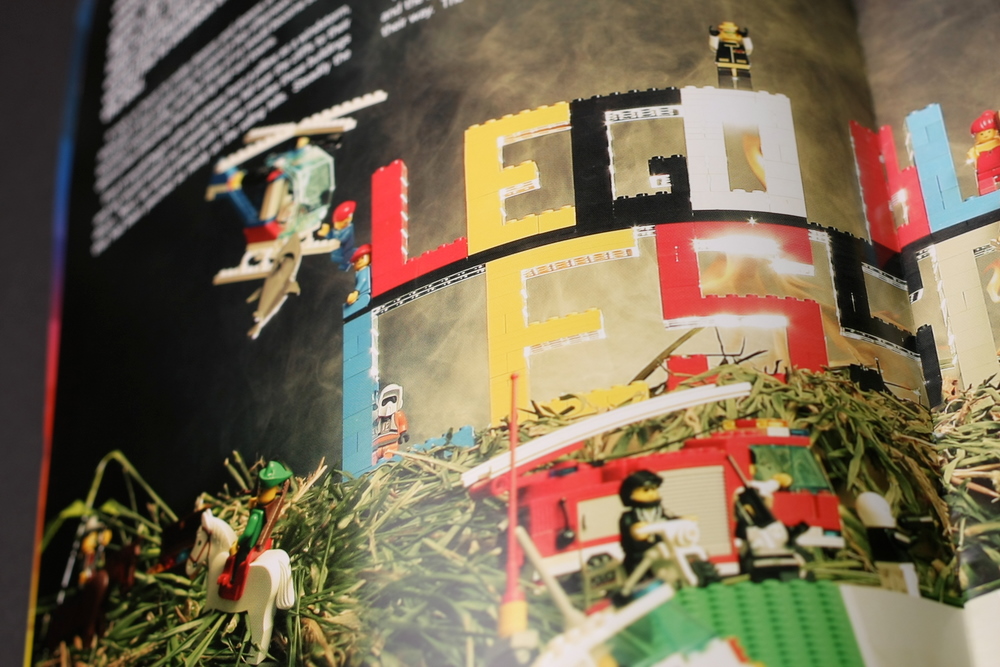 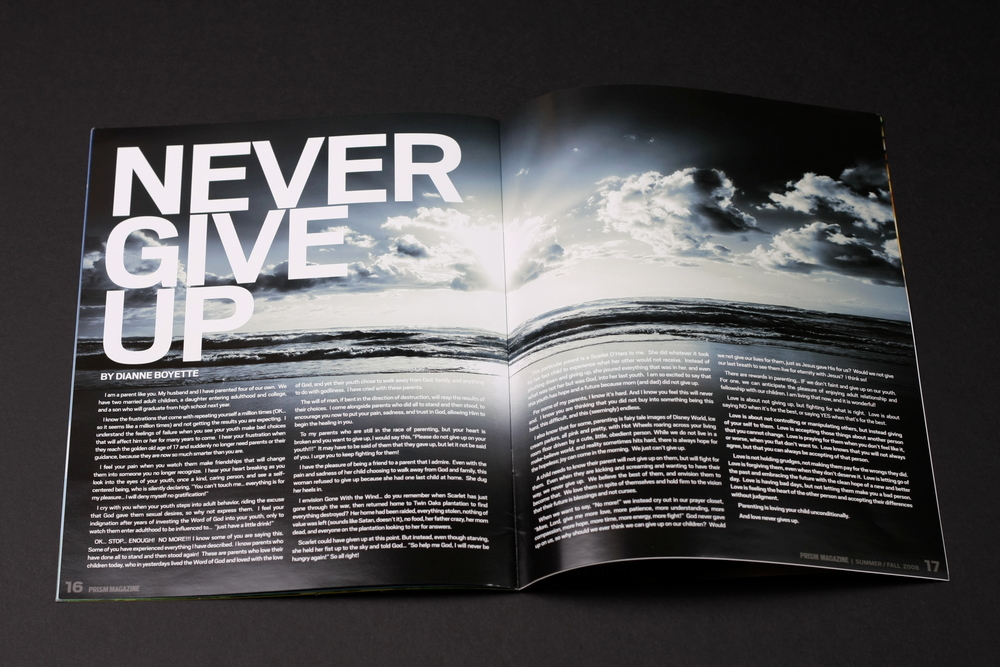 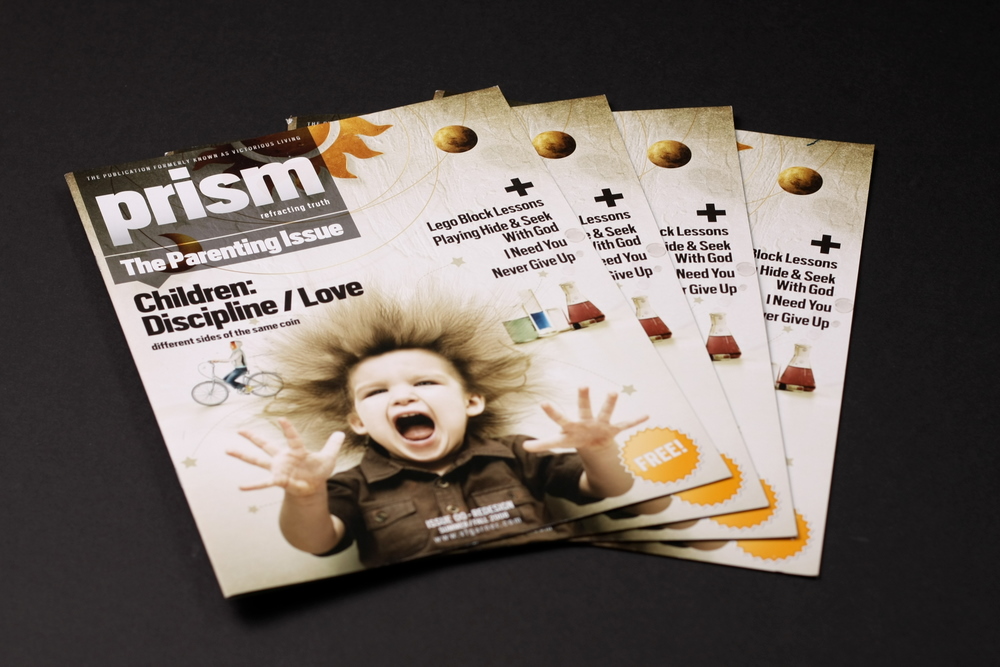